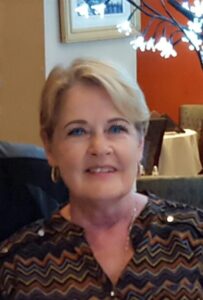 MARSHA BULINSKI is one of the recipients this year.

She has been active in the Polka field since the mid 1970’s as a promoter, supporter and ambassador of Polka music.  She currently co-hosts two broadcast shows on the Polka Jammer network.

Marsha’s accomplishments include creating and establishing Polka Motion By The Ocean, with her husband, Freddie, as the largest Polka Festival on the East coast and ran it successfully for 28 years.

Marsha started out as an officer in the Brass Works fan club with over 400 members in 6 six states. She Coordinated and ran many Polka Bus trips to the Catskills and the Pocono Mountains. She hosted several Polka cruises as well as trips to Hawaii. Marsha handled all of the reservations and advertising of these packages and the events that led to tremendously successful polka vacations for hundreds of people from across the country. Marsha was very active in the Polish community in Baltimore. She volunteered her services for over 20 years to the Polish community by working diligently at the famous Baltimore Polish Festival. Today Marsha is still active in the Polka field as she co-hosts polka music shows on the Polka Jammer Network.

Thank you letter from Marsha Bulinski:

Receiving the Joe Jozwiak award is such an honor, and I am humbled to receive such recognition from the IPA.

I grew up liking polkas but only when Fred became an active performer did my involvement in polka music become such a large part of  my  life for which I am so grateful.

It is such a  joy to be involved in polka events because of  the love of the music and being with polka people. They are always the most loving, open hearted people, and friendships made through Polka music last a life time.  I am so grateful for this award, but most of all, for polka music and all the wonderful friends I have made through the years of polkas.

I could not imagine a life without polka music and my polka family.