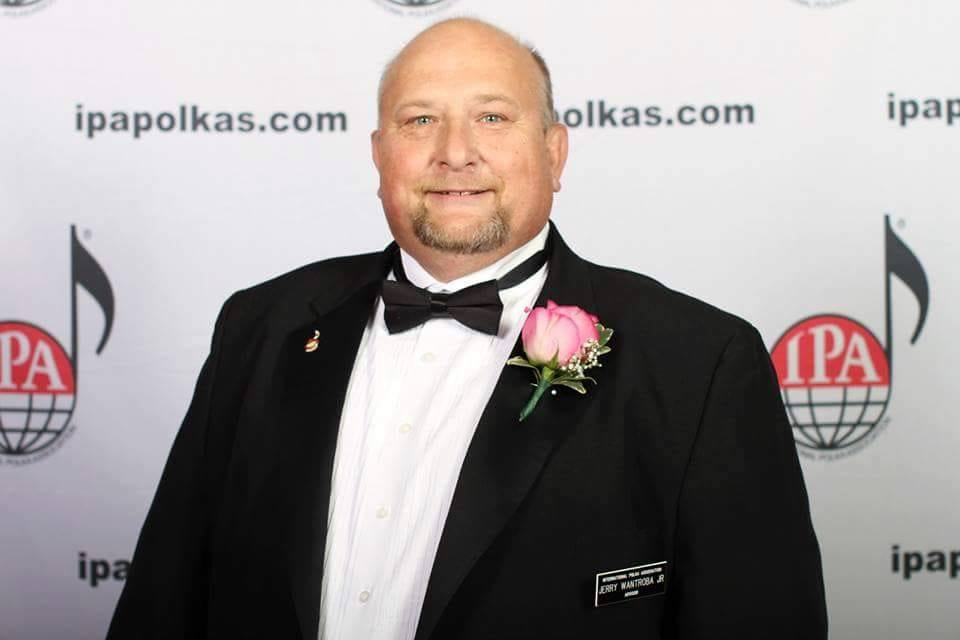 It is with great sadness that we inform you of the passing of our IPA Advisor, Jerry Wantroba. Jerry passed away Monday, after a long Illness.

Jerry’s family were residents of the McKinley Park neighborhood in Chicago, where so many Polkas stars lived. Jerry was first a sponsor on Chicago polka radio, as his business grew, he became more and more acquainted with the polka public and became involved in the IPA when we had the building on Kedzie Ave. Jerry spent countless hours donating his time and talents transforming the hall and kitchen area. When the building was sold and the Hall of Fame was moved on Archer, once again he was responsible for much of the existing work which was completed at the new location.

Jerry became an officer in August of 1986 when he was elected as a director from Illinois. Back in 1995 he was elected as the 1st Vice President. In 1996 he ran for President and stayed in that position till 1998 and then again from 1999 to 2001. After his term ended in 2001, Jerry once again ran for director and held that title until 2013. When Jerry’s term ended as director he was appointed as the IPA Advisor, a title that Jerry held until his passing. In the 1980’s with Jerry’s help, he formulated the Chicago Push fan club and was the treasurer of that club for many years. In addition, Jerry was a DJ for several years on the IPA radio shows, at one point doing weekly shows with the current President, Christy Krawisz.. He was a longtime engineer for the Richie Gomulka show on WPNA and he also appeared for three seasons as the announcer and point tabulator for Keith Stras’ Polka videos programs which aired on Television. Alongside his wife Wendy, they were both responsible for the IPA Tribute boards, that displayed Hall of Fame Inductees and Music Award winners, that adorned every festival since the early 90’s during the IPA festival and conventions.

In 2008, Jerry was selected as the Joe Jozwiak Special Achievement Award Recipient.

Jerry’s one-of-a-kind, infectious laugh coupled with his kind heart and loving personality which was always willing to lend a helping hand to many capacities in the polka industry will deeply be missed by all.

Jerry remains were cremated. A memorial will be held later in the year, as his wife Wendy is recovering from COVID-19.

Please keep the Wantroba family in your thoughts and prayers during this difficult time.