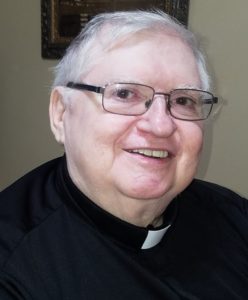 The International Polka Association is proud to announce that they appointed Father Dennis A. Bogusz as the IPA Chaplain.

Fr. Dennis is honored to be the IPA Chaplain. He looks forward to the convention Labor Day weekend and to be of assistance to the organization in any way he can. He is grateful to Lenny Gomulka, Kevin Adams and Chris Bogdan for their encouragement in accepting the IPA Chaplaincy.