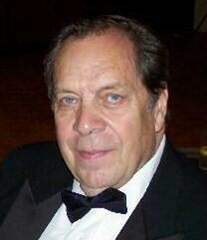 Matt Wasielewski, musician, band leader, vocalist, song writer, composer, master or ceremonies, radio disc jockey, promoter and record distributor, started his polka career in 1957 when he formed his Polka Jets band. Seven years with the same musicians, his group was playing three to four jobs a week. Through the next few years, Matt added more musicians to the group which eventually developed into a six-piece band. Much in demand, the booking of some jobs were one to two years in advance. in 1968, they cut their first album. In 1982, Matt joined the Bud Hundenski Orchestra as vocalist and traveled with the band for seven years. He then regrouped the Polka Jets and performed for several more years before disbanding the group.

Matt was inducted into the IPA Polka Music Hall of Fame in 1998. He passed away November 17 at the age of 82. May he rest in peace.

Click here for the I.P.A. Hall of Fame Bio for Matt Wasielewski