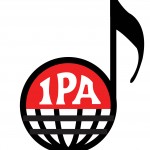 The IPA Hall of Fame and Awards Banquet will be held on Saturday, September 3, 2016 at the Millennium Hotel in Cheektowaga, New York. Congratulations to all award winners and inductees!

The International Polka Association recently announced this year’s Polka Music Hall of Fame inductees and the 2015 Polka Music Award winners.  Normally, two prominent living personalities and one deceased celebrity, who have made outstanding contributions toward the advancement of the polka music industry, are elected into the Polka Music Hall of Fame each year.  An academy of 180 qualified electors from across the country select the Hall of Fame inductees and music awards recipients.  Since the results of this year’s Hall of Fame balloting resulted in a tie, three individuals were chosen for induction into the Living category.  The Board of Trustees also selects an outstanding candidate for induction into the Pioneer category. 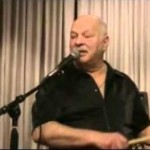 Stanley “Stas” Golonka (IL) – Famed Chicago drummer, recording artist, vocalist and leader of The Chicago Masters known as “The King of Honky.”  He toured nationally for over 30 years and performed with polka greats that included Li’l Wally and Marion Lush.  His smooth Dean Martin-like vocals and energetic rhythms are evident on his nine recordings.  The United States Polka Association recognized him with a special award for drumming in 1988. 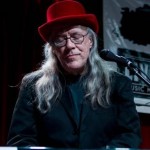 Carl Finch (TX) – Renowned guitarist, keyboardist, accordionist, vocalist, recording artist, record producer, and founder of Brave Combo.  His nationally known eclectic group has been performing since 1979, was nominated for seven Grammy Awards, and won two Grammies in 1999 and 2004.  Several of the band’s recordings have been featured in motion pictures and TV programs, including the acclaimed animated series The Simpsons. 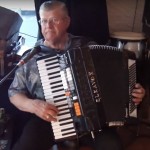 Dean Hansen (NE) – Popular accordionist and recording artist known for his distinctive Czech polka style.  He toured extensively throughout the USA, as well as a musical tour to Europe, with many notable artists including the late great Ernie Kucera, IPA Polka Hall of Famer.  His musical excellence and reputation as leader of one of the top bands from Nebraska resulted in his induction into the Sokol Omaha Polka Hall of Fame. 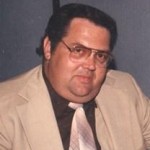 Don Jodlowski (IL) – Legendary drummer, radio personality, and TV/recording artist from Chicago.  Played for The Polkaliers, later led The Vibrasounds, and performed with polka greats that included Joe Pat (Paterek), Johnny Bomba, Little Richard Towalski, Li’l Wally Jagiello, The Ampol Aires, and Frankie Yankovic.  He was one of the original founders of the IPA and held various offices on the Executive Board over many years. 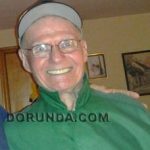 Richard Midura (MA) – Known as “The Pioneer of Polka Clarinet Improvisation” by his peers, he lent his smooth clarinet and saxophone mastery to the live performances and recordings of the top eastern-style polka bands that included The Connecticut Twins, Ray Henry, Walt Solek, Al Cocoa, and Eddie Siwicki.  He also and toured with Gene Wisniewski, Al Soyka, and Ed Swierand’s Aristocrats, and performed the Clarinet Polka on the Ed Sullivan Show. 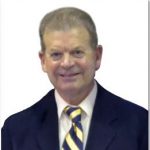 Eric Parks (NY) – Phenomenal trumpet player for the 18 time Grammy Award winning Jimmy Sturr Orchestra.  He has performed with the band for over 40 years and recorded over 100 albums.  During that time he also led the Jazz Knights at West Point and later retired from the Army as a Sergeant Major. 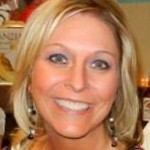 Jill Czerniak (OH) – Well known long-time polka supporter, promoter, and advocate.  She is a former IPA Director and Cleveland Polka Association President and continues to be a vital facilitator in the polka industry.
The induction ceremonies and award presentations (with the exception of the Joe Jozwiak Award that was presented in Chicago) will be conducted at the IPA Polka Hall of Fame & Music Awards Banquet held this year on Saturday, September 3 at the Millennium Hotel in Buffalo, NY.  Contact Linda Niewierowski at 773-489-3987 to make your banquet reservations.  The banquet is just part of the 48th Annual IPA Polka Festival and Convention that takes place from September 2-4, 2016.  For all the details about the festival, banquet, and convention, visit www.ipapolkas.com.