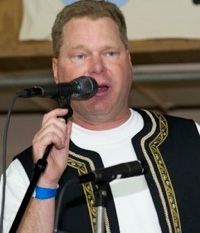 Since the establishment of the IPA Polka Music Hall of Fame and annual Music Awards presentations back in 1968, eleven trustees have governed the processes that select Hall of Fame (HOF) inductees and recognize polka artists with awards.  Each trustee is appointed by the IPA president, with the concurrence of the Executive Board, and oversees fourteen other electors chosen to represent a given geographic area of the United States and Canada.  These 165 electors participate in the annual voting that elects HOF inductees and music award winners.

To better serve a large portion of the U.S. and its diversity of polka styles, the Executive Board recently approved the recommendation of the Polka Music Hall of Fame and Music Awards Committee to establish a new trustee position to represent Texas, Oklahoma, and New Mexico.  This additional position brings the number of trustees up to twelve, which will in turn increase the number of national electors to 180.  To fill the new trustee position, the Executive Board chose Danny Zapletal, one of several qualified candidates identified by the committee.  Danny  “Z” is an Ennis, Texas native who has been involved with the Ennis National Polka Festival for many years.  He was appointed vice-president in 1992, president in 1993, and has served as the festival’s executive director since 2000.  He is the host of two polka shows broadcast in both Texas and Wisconsin.  As a trumpet player, Danny joined the Texas Dutchmen back in 1980 and now leads and performs with the Czech and Then Some band.  He also owns a recording studio where most of the polka bands from northern Texas record.  Danny is proud and knowledgeable of his Czech heritage but is also familiar with all polka styles.  The IPA welcomes Danny to its academy of electors and looks forward to leveraging his knowledge in serving the polka industry at large.