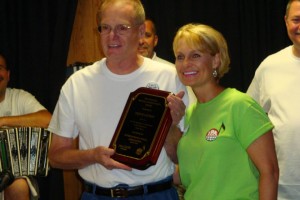 Chicago – Steve Litwin, Polka Editor of the Polish American Journal, was announced as the winner of the Joe Jozwiak Achievement Award to be awarded by the International Polka Association (IPA) in 2014. The award presentation took place at the 2014 Polka Fireworks Festival , at Seven Springs Resort, during Steve’s infamous Concertina Jam Session.

Steve Litwin was probably introduced to polka music shortly after his birth. Born and raised in a Polish-American family in North Tonawanda, New York, a Buffalo suburb, polka music was part of everyday life, whether it be on the radio, on television, or with live bands at weddings and dances. At the age of seven he started taking accordion lessons from his uncle, a local musician and music teacher. Although for the most part he followed the lesson structure, he preferred playing polkas, waltzes and obereks. Litwin’s grandfather played harmonica and was a big inspiration in his love for Polish and polka music.

In the late ‘60s, he began booking polka bands for club events and spending evenings at polka lounges, clubs and dances in the Western New York area. Litwin began submitting articles to the Polka News, a monthly published in Connecticut.

His 1973 marriage relocated him to Binghamton, New York, where he and his wife, Adele, continued their activities at polka events throughout southern New York State and northeastern Pennsylvania. Along with teaching polka dance lessons, they started and edited a local polka club news bulletin entitled Polka Press.

Nebraska’s Polka World solicited his work and his “Accordion to Steve” column became a regular feature of that publication. Throughout the next decade, his columns appeared in various polka and Polish-American newspapers. In December, 1989, Mark Kohan, Editor-in-Chief, named Litwin Polka Editor of the Polish American Journal (PAJ). His “Polka Insider” column is a regular feature.

Since the early ’70s, Litwin has written the liner notes for numerous of polka albums including recordings by Bay State IV, the Brass Connection, the John Nyschot Orchestra, Bill Czerniak’s Concertina Band, Steel City Brass, and Eddie Blazoncyzk’s Versatones. He also wrote the liner notes for Polkas for Children, produced by the Polish American Journal and A Kolberg Sampler, produced by the Polish Community Center of Buffalo. He was one of the photographers for the Dynatones’ Live Wire album of 1982 and his photography is featured on Eddie Blazoncyzk’s Polka Festival album.

In 1976, he started playing concertina and since 1983, has sponsored a Concertina Jam session during the July Polka Fireworks festival at the Seven Springs Resort in Western Pennsylvania. Each year over 30 concertina players, including some of the top Polish concertina players in the country, participate in this annual acoustic event, playing tunes from the Polish heritage.

Steve Litwin’s writings for the PAJ may be found at http://www.polamjournal.com/polka. 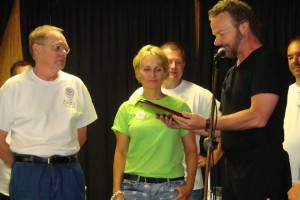 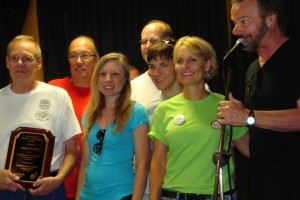 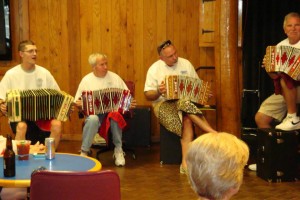