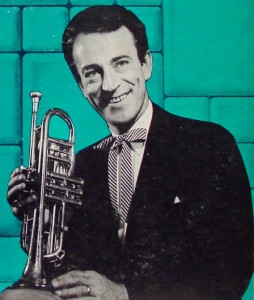 Born Earl McNellis, on a farm in Millville, Minnesota, he attended schools at Hyde Park, Millville, and Lake City.  He was a pioneer in television musical programs, starting out in the 1940’s with a vaudeville group known as Uncle Louie and the Town Hall Players.  When Uncle Louie left, McNellis took over with parts written around the country bumpkin character, Cousin Fuzzy.

The band packed dance halls in six states.   A rigorous schedule followed:  three live TV shows a week—one Tuesday in Green Bay, one Thursday in Eau Claire, on Saturday in Rockford, Illinois, a live radio show in Green Bay five days a week; continuous one-nighters.  At one point they played 63 solid nights back-to-back.  The grueling schedule was what eventually brought an end to the band.  McNellis left TV in 1960 and the group folded in 1962.

He recorded on the Polkaland label and made several albums with a mixture of polkas, waltzes, schottishes and modern tunes.  Most popular among his recordings was the “Snowflake Waltz”.  McNellis lead his group on trumpet, sax, drums, piano, vibraphone, and vocals.  His format injected homey humor into a show spiced with well-known melodies, keeping the audience clamoring for more.